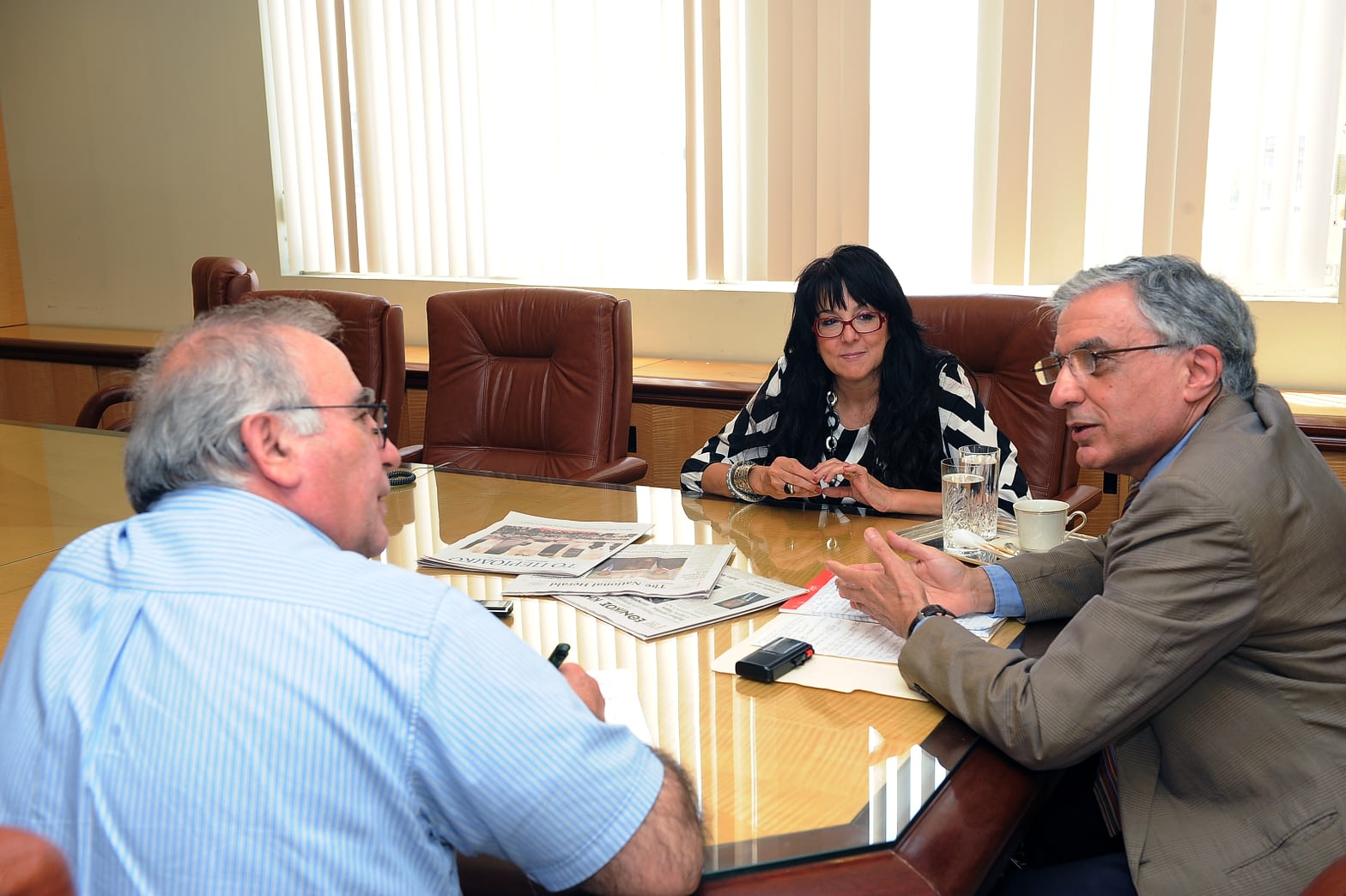 NEW YORK – Dr. Christos Ioannides, the Director of the Center for Byzantine and Modern Greek Studies of Queens College, and Effie Lekas, the Asst. Director, told the National Herald that the 40th anniversary graduation ceremony and dinner on May 28 is dedicated to two glorious generations of alumni, but the memory, indeed the spirit of the late Harry Psomiades will permeate the celebratory gathering.

Dr. Psomiades is the proud Boston-born Pontian and Greek-American who undertook the establishment of the Center to honor his parents and his ancestry.

The Keynote speaker will be alumni Nikos Christodoulides, the Director of the Diplomatic Office of the Republic of Cyprus.

Costa Constantinides, the first Greek or Cypriot-American on New York’s City Council, will also participate, just one example of the children of hard-working immigrants who began at Queens College who rose to great heights.

“Few would have believed the Center would become such a beacon of the Hellenic Spirit,” Lekas said, but in the midst of struggles and disappointments, Dr. Psomiades would say “We need two generations, and the community will understand.”

She notes that the leadership of the community’s organizations are crowded with their alums, who breathed the spirit of Hellenism in their crucial undergraduate years.

Distinguished alumni will be presenting this years’ scholarships, which will also honor the memories of professors, including pioneering Byzantinist Angela Hero, Elizabeth Constantinides and Alice Scourby.

“This year we have doubled the usual number of scholarship to 35. The community really came through,” Lekas said.

Lekas said he  left Columbia University, where he was the  dean of the school of international affairs – Dr. Psomiades was the Center’s political science foundation – in the late 1960s because “he saw the stars were aligned, including the “back to your roots” movement.

“He came to Queens College with its large Greek student population in the largest Greek community… 50,000 Hellenes have graduated from Queens College since the 1950s and 16,000 passed through the Center,” Lekas said.

The Center has four endowed chairs and one lecturer and it is working towards an MA in Byzantine Studies, unique East of Notre Dame, which will constitute a feeder school or springboard for getting scholars into Ph.D programs.

Dr. Ioannides said another function of the center is to keep alive Greek and Cypriot issues in the academic space where America’s leader are shaped, and noted the importance of the Seminar on the Modern Greek State that Dr. Psomiades established with Dr. Adamantia Polis.

“Another thing we are proud of over 40 years is the number of families that were started by couples who met at the Center, and now they entrust us with their treasures, their children.” They cannot forget the academic excellence or the personal warmth and generosity of Dr. Psomiades and his colleagues. Lekas said. “It wasn’t’ just a school for them it was their home,” especially for the students from Greece and Cyprus.

Deep appreciation was expressed for the Onassis Foundation (USA) whose substantial support through the years is critical to the Center. Dr. Ioannides also praised the Onassis Cultural Center in New York, led by the Foundation’s Executive Director, Ambassador Loucas Tsillas, for the important role its many cultural events play in promoting Hellenic Culture and lifting the community’s spirit and the reputation of the homeland in the context of the Greek economic crisis.

Lekas added “Harry always said our mission is not only to create Greeks, but to make philhellenes.”

He was very pleased to announce that Ambassador Tsillas will present a seminar titled “Historical Transitions.”

Future “We must continue to seek new methods for preserving the Greek language and heritage in America…The digital revolution age provides educational opportunities and new ways of maintaining ties with the homeland,” Ioannides said. He also emphasized the Electronic Greek Immigrant Archive Project. “If we don’t immediately collect, classify and digitize our historical materials, like the archives of our 100 year-old topika somatia – regional organizations,  they will be lost.”

Lekas and Dr. Ioannides thanked Dr. Evangelos Giziz, Queens College’s interim president, the Center’s the Advisory Board and its president Christos Stratakis, for their support.

Great care and attention has been lavished on preparations for a night that will include wonderful surprises.

“That night,” Lekas said, words will not be necessary. “The story will unfold and in the parade of participants…the wisdom and the brilliance and the vision of Harry Psomiades will reveal itself.”