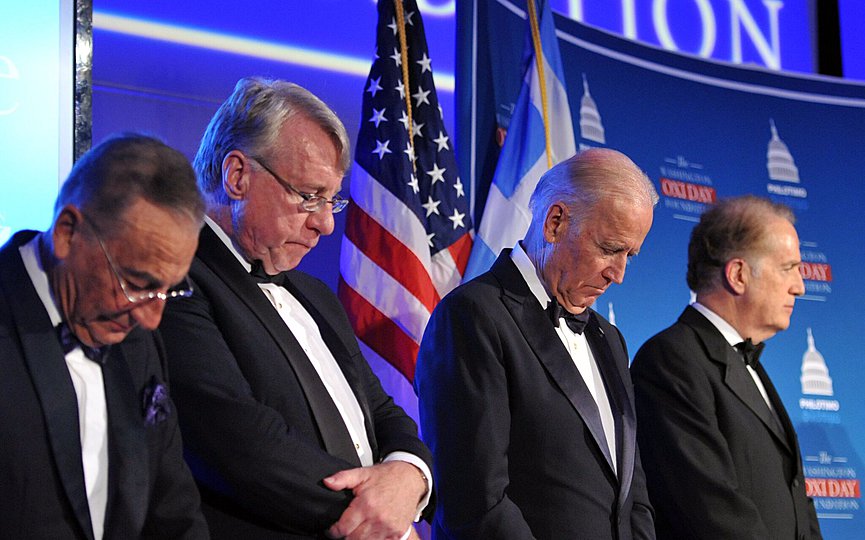 Hard to believe, but prospective Democratic candidates mulling a run for the 2020 presidential nomination are already lining up wooing rich backers in New York, deflecting attention from their White House bids under the cover of trying to also help the party.

New York is easily the biggest giver with big money donors and not even California, with all its celebrities and star status comes anywhere near, the lure irresistible to the party’s big names – like former Vice President Joe Biden, who was the special guest at a $10,000 per-person dinner, not for him, but House Democrats, at the home of the billionaire hedge fund manager James S. Chanos.

In April, Biden attended a private fundraising lunch at the home of a major Democratic donor, Dennis Mehiel, for his political action committee. Biden has been to New York three times so far this year already.

In a feature, the New York Times outlined the growing field and the buzz behind who’s really running for President, including U.S. Senators Elizabeth Warren (MA) and Kamala Harris (CA).

“When a candidate calls me to talk about ‘strategy and issues,’ you grab hold of your wallet for dear life,” Robert Zimmerman, a prominent New York donor and a member of the Democratic National Committee who has been in touch with multiple prospective candidates told the paper.

Biden’s biggest supporter may be Chanos, owner of the Kynikos Associates investment firm. In 2015, he was urging Biden to run before the vice president backed away from the specter of the steamrolling frontrunner Hillary Clinton, who collapsed against Republican Donald Trump.

At the time, Chanos told NPR that Biden would “make a great president” and said they were good friends. Chanos, whose firm is named for the Greek word for cynic, well-founded when he famously predicted the fall of the Texas energy and commodities company Enron. His hedge fund makes money betting that certain company stocks will fall in value, a practice known as short-selling, but he’s up on Biden still, saying he likes the former VP’s record of working with people on both sides of the aisle and his easy-going appeal.

“I think he actually hits a chord with the middle class that a lot of the other candidates might not hit,” Chanos told NPR.

Based on data from the Center for Responsive Politics, Chanos gave the most to political groups supporting a range of Democratic candidates, including a $100,000 donation in 2012 to House Majority PAC, which supports Democratic campaigns in the House.

He describes his investment strategy as based on “intensive research into stocks” looking for fundamental and large market failures in valuation, typically based on underestimated or previously unreported failings in the business or market of a stock. He follows this research by committing to a (usually large) short-position which he is willing to hold for long period of time.

Biden could be his big bet politically even if the line to the door of New York donors is getting longer by the day the closer 2019 looms.