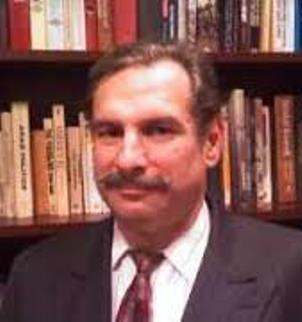 The Huffington Post of Arianna Stassinopoulos Huffington may morph yet again now that its parent company, AOL, has been acquired by Verizon.

The news website, which has more than 200 million unique visitors a month and helped change the face of news distribution and challenge giants such as the New York Times, has built itself on the back of using free bloggers and wire service stories.

But just as it was moving toward global expansion – including an office in Athens – and heading toward developing more original content while branching out its fields of interest, came the Verizon deal.

With the HuffPost, as it is called, valued at about $1 billion, Verizon was seen as keen to use its assets, particularly advertising. But in a piece in the Times, the question was raised about what it will turn into and whether Huffington – whose contract ends this year – can keep her famous sense of independence as the face of web journalism content is changing quickly.

Huffington is showing no signs of slowing, a decade after AOL bought her site for $315 million. Among new ventures is more video as younger audiences turn away from print and more toward instant gratification. She wants to add comedy and lifestyle offerings to put some air into the density of news which has been the site’s base, along with politics dosed out with a liberal dash: contrary to Verizon’s conservative bent.

As the Times noted, the uncertainty about how heavy Verizon’s hand will be – the site is still under AOL aegis for now – is weighing on staffers and executives alike, especially in an era of fierce net competition from sites such as BuzzFeed and Vice.

The takeover also has caught HuffPost in flux, with many veteran journalists leaving and complaints that Huffington is a too-hard taskmaster. Where does she want it go next and will Verizon let her or step in?

“It does raise that larger question,” the media analyst Ken Doctor told the Times. “When you have major journalistic outfits owned by companies that do not have a journalistic legacy, what happens when intense pressures occur?” At the BBC or The Guardian, he said, “you know the legacy is there; you know that there is going to be such pushback that editorial integrity will be maintained.” That is not so clear with new players like Verizon, he said.

Verizon hopes the HuffPost will produce cash without, some critics have said, too much worry about journalistic integrity.

Kenneth Lerer, a venture capitalist and co-founder of The Huffington Post and subsequently BuzzFeed, wouldn’t talk to the Times about the Verizon deal, but said the Huffington Post had three main areas for potential growth.

“Certainly it can continue to grow internationally,” he said. “Secondly, video. When you close your eyes and imagine where the Internet is in X number of years, whether it’s 50, 60, 70 percent video, the whole future is video mobile.”

Third, he said the site could benefit if it were allowed to grow its own advertising sales force, rather than relying on AOL’s. Mr. Doctor said there might also be a less glamorous alternative: Verizon might begin putting The Huffington Post on its devices as a default app. Some people would inevitably keep it, rather than deleting it, “and that could provide you a decent amount of traffic.”

“Current and former Huffington Post staff members, who insisted on anonymity, greeted the news of the sale with a blend of bemusement, dismay and idealism. One said that it was difficult to imagine what kind of owner Verizon might be,” The Times wrote.

“Others wondered whether contradictory cultures at the two companies could mesh, and whether Verizon could make good on the promises, including editorial independence, and further investment, that it made privately since securing AOL,” the piece added.

There are worries about censorship as well especially since Verizon has complied with orders to turn over documents to the government, which a newspaper wouldn’t do. But, if anything, the blurring of the lines in this deal has shown that there is a new order in quasi-journalism, with the business being run by people who know little or nothing about it and whose bottom line isn’t, as newspapermen boast, the hunt for truth, but the hunt for money.