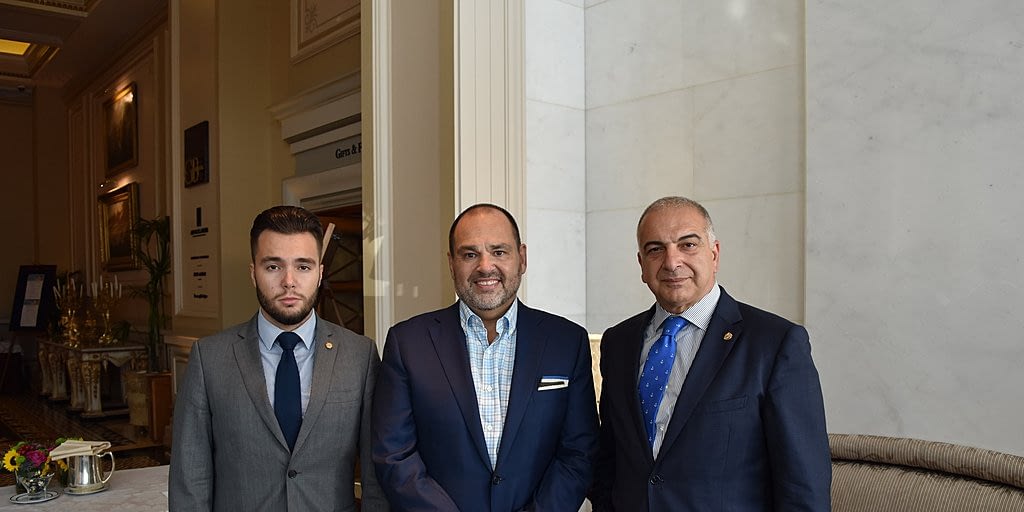 ATHENS – AHEPA Supreme President George E. Loucas led a delegation that arrived in Athens to visit with victims of July’s wildfires and to meet with Greek government officials, before going to the Thessaloniki International Fair (TIF), where the United States is this year’s honored country and AHEPA is a Silver Sponsor.

Supreme President Loucas told The National Herald that when he returns to the United States, he will send a formal invitation to the various Greek organizations to inform them about the latest developments on the deadly July fires, and ask for their support for relief for the victims.

Referring to the AHEPA delegation in Athens, which includes Executive Director Basil Mossaidis, Loucas told TNH that “one of the goals we wanted to achieve, and despite that there were no headlines in the United States for the worst fire in Europe’s history, this remains our first thought. We wanted to show Greece and the Diaspora that we were side-by-side with the victims.” And secondly, to let the AHEPA family and the entire Diaspora know about the findings and how they can help.

Calling for unity among the various Greek-American organizations, Loucas said he would call upon AHI, the NY Federations, the Cretans, the Cypriots, and others to join forces.

Loucas said the delegation originally wanted to depart for Greece immediately after the fires, but wanted to give the leader of AHEPA Hellas, Efstathios Kefalidis, a chance to investigate the fires, and prepare for the delegation’s arrival. It worked out to coordinate the visit with the occasion of the TIF.

He visited the Evangelismos Hospital, of which there is an AHEPA Wing, and said he was impressed with the hospital and how they treat the burn victims, even though they do not have a special burn unit. “As a pharmacist and lawyer, I have a lot of experience in medical affairs and I have to say that they have done an excellent job. I was moved. We also talked to patients who are grateful to the medical and nursing staff. It was also very moving for us because we were all very welcomed by them. So I can say it was a touching experience.”

One wildfire victim, Elena, shared her ordeal with the delegation, explaining how she tried to flee the fire three times, unsuccessfully, by car, until she finally ran into the see through “fire above and fire below.”