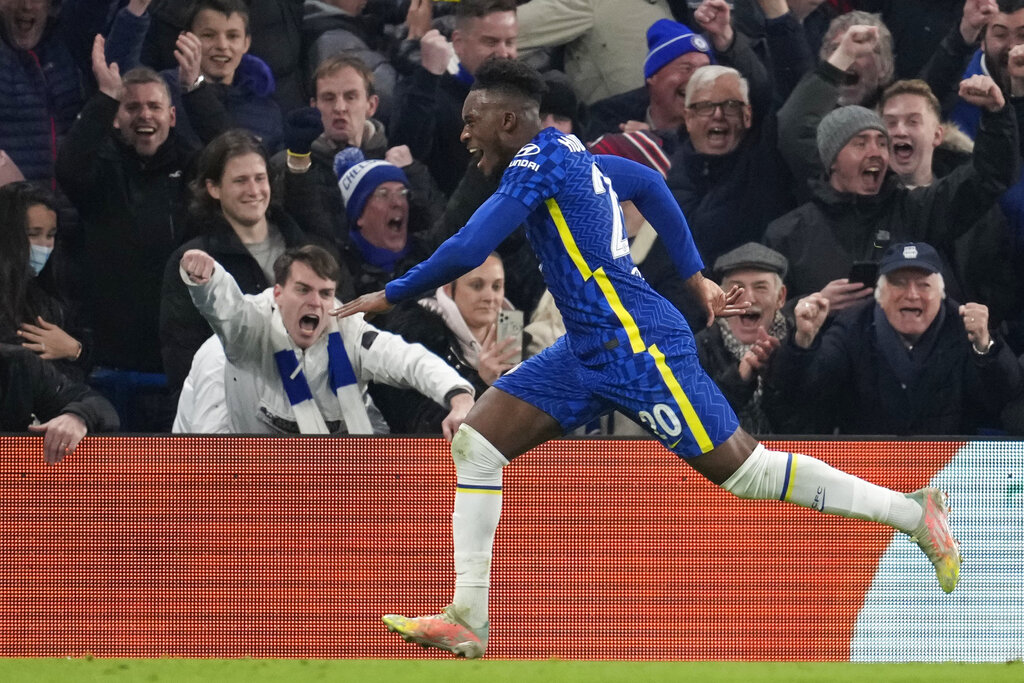 LONDON — Inflicting the heaviest Champions League defeat on Juventus and reaching the knockout stage was satisfying enough for Chelsea. Having three academy graduates supply goals made it a perfect night.

Trevoh Chalobah, Reece James and Callum Hudson-Odoi — all under 23-years-old — found the net before the hour mark in a 4-0 victory Tuesday at Stamford Bridge, where Chelsea youngsters have traditionally struggled to get into the first team.

“The crowd loves it,” Chelsea manager Thomas Tuchel said. “This is what makes the team special. Not only superstars from abroad but also the guys from the academy full of quality and humble.”

One of the superstars from abroad, Germany forward Timo Werner, completed the rout against a Juventus side that had already secured a place in the last 16.

Getting a pipeline of talent from the youth system to the first team has been a long-time challenge at a club that has relied on the wealth of Roman Abramovich to invest heavily in transfers during the 18 years of his ownership.

Around $400 million has been spent alone on signings since last year — including Werner — but five homegrown players still featured against Juventus with Ruben Loftus-Cheek setting up a goal and Mason Mount coming off the bench.

“It’s a pleasure to have these boys,” Tuchel said. “I strongly believe it’s a huge part of the success to have the mix between homegrown talents and top players.”

In contrast, Juventus lacked academy graduates in the team in west London which could be indicative of the club’s problems. Not only did Inter Milan end its nine-year reign as Italian champions last season, but the club had to issue new shares this year to raise 400 million euros ($450 million) and is languishing in eighth place in the Serie A.

At least Juventus can bank on staying in the Champions League, having already secured a place in the round of 16 before heading to Stamford Bridge. But Chelsea is now top of Group H thanks to a superior head-to-head record with Juventus with one game to go.

Chelsea is also top of the Premier League about a third of the way through the season and goalkeeper Edouard Mendy was never put under threat by a Juventus attack featuring Weston McKennie.

This was a 13th clean sheet in 17 Champions League matches for Chelsea. It was preserved by Thiago Silva scrambling back for a hooked goal-line clearance after former Chelsea striker Álvaro Morata dinked a shot over Mendy.

By that stage Chelsea was already leading after a corner from James was nudged down by Antonio Rüdiger’s hand accidentally before being swept into the net by Chalobah in the 25th minute.

The second came from James in the 55th minute, volleying into the net after chesting down a cross from Ben Chilwell. The wingback is Chelsea’s top scorer with five goals in all competitions — and he’s also got five assists.

James was involved again three minutes later, picking out Loftus-Cheek — another academy graduate who replaced the injured N’Golo Kante in the first half — and Hudson-Odoi was released to apply the finishing touch.

And James was involved in the final goal in the fifth minute of stoppage time, passing to Hakim Ziyech who crossed for Werner to sidefoot into the net.

Not since 2004 — in a 4-0 loss to Roma in Serie A — had Juventus been so heavily beaten in any competition.

“We have tried to close down the spaces but against such strong teams you cannot give them anything for even a moment, otherwise they punish you,” Juventus defender Leonardo Bonucci said. “Chelsea have great players and a very good mentality. They caused us plenty of problems. We have to admit that and try to improve.”

PHOENIX — Mikal Bridges and Deandre Ayton were all smiles at the postgame podium, reminiscing about a four-year turnaround for the Phoenix Suns that's in some ways still hard to believe. 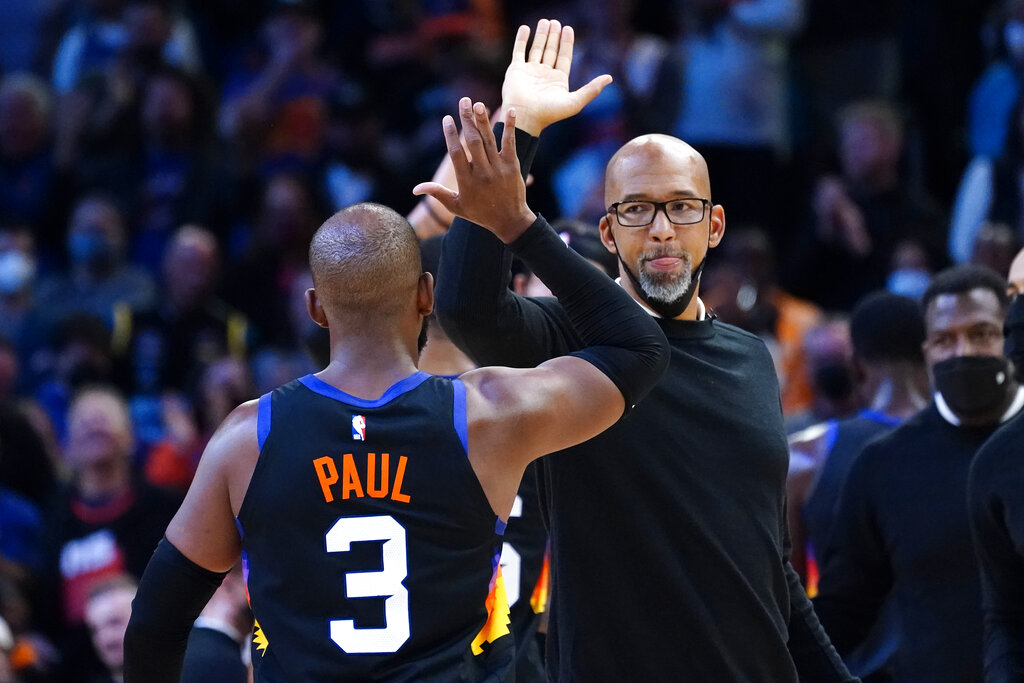