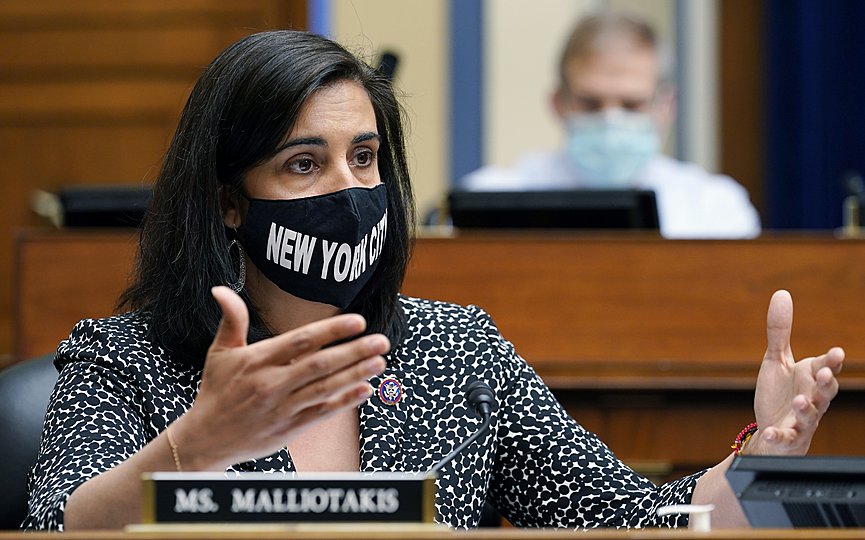 We are sometimes called upon to make important decisions which may be against our personal interests.

This often happens to politicians and public figures in general.

Such a decision was made by Congresswoman Nicole Malliotakis when it came time to vote on the bill submitted to Congress by President Joe Biden to improve the country’s infrastructure.

Issues like these, that concern the common good, once had the support of both parties, but that is not the case anymore. Today, what one party supports, the other reflexively opposes.

Thus, although everyone is calling for upgrading the country’s infrastructure, the members of Congress themselves vote their party line – not the interests of their own constituents, let alone the nation as a whole.

Only 19 members of the House of Representatives did not follow the party line, so it passed with 228 votes in favor and 206 against – 13 Republicans and 6 Democrats opposed the party line.

Among them were, on the Republican side, Nicole Malliotakis, the Greek-American congresswoman from Staten Island and South Brooklyn.

It should be noted that Malliotakis loyally supports former President Donald Trump, even in extreme cases. She did, however, distinguish her position from her party’s in this case by voting in favor of the bill. She put the interest of her district and New York City and New York State above – for the time being – her own.

In the end, it will turn out that her political reflexes and instincts served her well.
One does not have to be very perceptive to see that New York’s infrastructure is collapsing. Roads, bridges, trains, schools, airports, hospitals, etc. need to be upgraded. Moreover, upgrading the infrastructure was also a policy of Trump, but he could not implement it.

Malliotakis’ office in Washington was flooded with phone calls from angry voters calling her a ‘traitor’. But most phone calls to her New York office are supportive.

With this leading vote, on such a serious bill for the country, she did the right thing for the United States and put herself on track for even greater responsibilities.